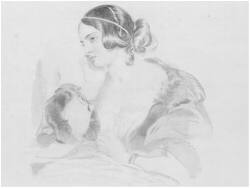 Logline: At a time when married women have no rights, an estranged wife fights for access to her children, and in the process changes the law and society for the better.
AWARD: 1st Place Period/Historical category, Final Draft "Big Break" Competition Dec 2015

Status: optioned
Feedback on A FACE TO PAINT from BlueCat Screenplay Competition:
Such an intensive character story like the one you’ve written would have no value at all if it didn’t have amazing and uniquely built characters. Thankfully, your script is full of a beautifully rendered cast that feels alive in their emotions, desires, and motivations. No character in the entire script feels like a pointless caricature or stock device used to spout off expositional information. In fact, you get a strong feeling for the things that drive every character, even the not so likeable ones. Due to this, you get an incredible sense of empathy through reading the script. Empathy has often been considered to be the heart of cinematic storytelling, and your script feels every bit as cinematic as any I’ve ever read.

Your excellent dialogue is the main device that allows this amazing characterization to occur. Each character has a unique voice that you can recognize them from without ever even needing to look at the character signifiers. What is perhaps more amazing is your ability to write such dialogue without needing to make things feel overblown. In fact, your conversations have a beautiful sense of pacing that takes this naturalistic story and infuses it with a unique style. By doing so, you have avoided making your story feel like a generic by-the-numbers biopic like film. Thanks to the strong characterization, motivation, and dialogue, the political scenes end up feeling triumphant and realistic. Campaigns are intense, without feeling melodramatic. In general, Caroline Norton seems defined by her ability to be quietly ferocious and dedicated to causes. It is in this trait, perhaps, that we feel the most love for Caroline’s character. 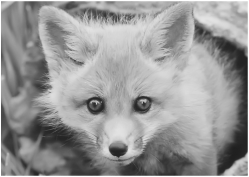 Logline: The efforts of twin girls to rescue a trapped animal after losing their pet cat unite their community and reunite their estranged parents.

Status: available
Feedback on OUTFOXED from BlueCat Screenplay Competition:
This is a really sweet script—adorable.  It is the story of a dissatisfied family brought closer together by the adventures of two precocious twins, Hannah and Emily.  When the family cat runs away, it sets in motion a series of events that make the family even bigger.  From the onset, the writing here is instantly vivid and brings the world to life. The opening sequence moves around the entire house and introduces the family dynamics quite well. Everyone has their purpose and their subsequent journeys are setup nicely.  I could really see Marmalade as he moved through the house. His actions inform his character, for instance, when he walks off and “his tail raises like a flag pole.”  With that gesture we understand Marmalade and William’s relationship. The writer also does a great job with William and establishing his family dynamic.  Hannah and Emily are very likable characters.  They’re cute, they’re sweet and we root for them. We want them to save the fox, and we want them to find Marmalade. Their innocence and their sense of adventure are endearing.  Also, most of the characters are colorful, especially the neighbors. So again, the writer demonstrates a very strong skill for characterization. Each character has a unique identity, and the details bring this to life. 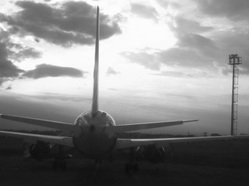 Logline: A young highflyer who accepts an unglamorous posting out of desperation befriends a street urchin and in the crossfire of revolution finds her life's true calling.
(NB: Loosely based on my experiences in Ivory Coast's 2000 Revolution)

Feedback on AFRICA AS YOU LIKE IT from BlueCat Screenplay Competition:
"An incredible story that brings the audience into the daily life of Abidjan. On the surface this could have been the standard 'fish-out-of-water' story of a hot-shot from London learning the ways of the African townspeople, however this particular story follows a very different path. Within the first minute of Liz's trip to Africa we are confronted with the harsh realities of the suffering of the people in Abidjan. This wonderfully sets up two things: both Liz's and the audience's potential naivety of the true nature of life in Africa. While we all may read the news or hear about the suffering in other countries, it isn't until we are forced to watch it that it truly effects us in unshakeable ways - this story masterfully hits that chilling note. Liz's idea, guided by Gichinga, to stage a Shakespeare play to bring the staff of PAPA together is a creative and unique concept that feels heartwarming and surreal within the context of the macabre Abidjan landscape. The concept, while original, felt tonally in line with films like 'The Monuments Men' and 'Life Is Beautiful'. Both of these films deal with dark times and people trying to deal with pain through finding and protecting hope in normalcy. The way the story is crafted it also feels very real. It's told so well that as an audience member it feels like a historical piece or a biopic of an actual woman named Liz Westbury who helped the fictional PAPA staff of Abidjan find camaraderie and happiness during the dark times of a violent revolution. " 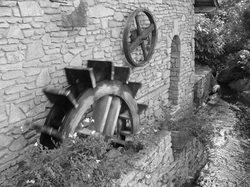 Logline: A young pregnant woman who inherits a mill must save her baby from predatory ghosts intent on exacting revenge for the sins of her forebears.
(NB: WINNER, Best Horror Screenplay, Just Effing Entertain Me Competition 2014)

Feedback on DOWL'S MILL from BlueCat Screenplay Competition:
"I really appreciate how this script resists the urge to become a straightforward horror movie and instead plays out more like an old-fashioned ghost story. The relationship between Martha and Kitty gives the plot a greater focus on their emotional development rather than cheap thrills. Throughout the story the reader is constantly in doubt as to whether Martha intends to help or harm Kitty. You do an excellent job of maintaining this mystery right up until the tragic twist in the film’s final moments.  The twist itself is fantastic – it strikes a great balance between catching us by surprise without seeming unmotivated. Martha’s decision at the end feels consistent to her character and thus satisfying to the reader, despite its terrible implications. Your final images are powerful and memorable." 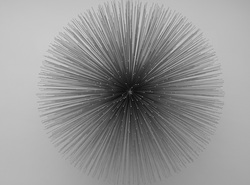 Logline: A 45-year-old engineer pregnant with her first and likely only child battles with ghostly forces to try to prevent the Collector of Souls from stealing her baby.   (NB: this is a re-working of the “ghost steals baby” concept behind “Dowl’s Mill” above, in a lower budget contemporary setting with different protagonists and a different story.)

Status: available
Feedback on INTERFERENCE from BlueCat Screenplay Competition:
"This is a compelling and riveting supernatural yarn. It has a number of engaging and interesting characters and a plot that is replete with suspense and intrigue. It fulfilled a number of genre expectations and ultimately proved to be a thoroughly entertaining script. You take simple situations, characters, and technology, and make it all into something greater than expected. Overall this is a really catchy story and concept that has solid potential to be commercial. The final images and the twist at the end were simply awesome - with a single touch. Well done." 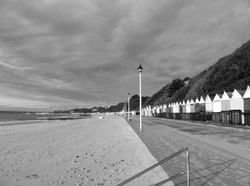 Logline: An insolvent builder hiding the gravity of his situation to protect his family goes all out to win a public contract by refurbishing a beach hut, but struggles to balance the increasingly elaborate project with home-life.

Feedback on THE BEACH HUT from BlueCat Screenplay Competition:
"I think that this script is very well paced. The seeds of discontent are sown early and grow as the story progresses, and it is believable the whole way. It’s also a very relatable story, many people will see their own situations here. I like the setting of the beach hut, it’s an original place that I haven’t seen before. Matthew and Naomi are very well fleshed-out characters. They have many facets, and their desires and flaws are clear and believable. I feel like these are real people. The dialogue is good as well: clear, concise and realistic. Overall this is a very well-written, well-plotted screenplay." 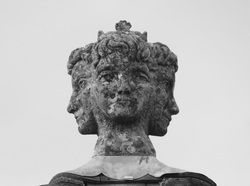 Logline: A woman fantasises about what she wishes she'd said and done after a man who is texting while driving runs a red light and almost knocks her over.

Status: available
Feedback on DEAD ZINGERS from BlueCat Screenplay Competition:
"The concept of the script is interesting. Replaying moments in our lives is something we all do. We come up with good comebacks or better reactions once the situations have passed and we look back wishing we could relive the experience. The writer takes this idea and creates an entertaining and relatable story. The pacing of the script is well done. The story has a nice flow and it does not feel like too much time is spent on any unnecessary moments. The writer does a great job in understanding the structure of the script and this leads to an enjoyable read."
Powered by